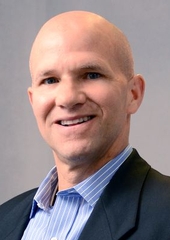 Larry Clinton brings 35 years of diverse insurance, consultation, and corporate sales expertise to his role. He considers it a great privilege to help educate churches about the world of risk management, so they are able to better steward their tithes and offerings.

Larry believes that a personal touch is essential--so much so that over the last eight years, he has traveled more than 300,000 miles personally delivering policies and other materials to his clients. “To me, a 500-mile trip is just as natural as a trip to the grocery store,” says Larry, who has converted his car into a mobile office.

Larry began his career as a businessman between 1980 and 1995, helping to build the soft drink industry’s largest sales distributorship in the Midwest. He started a new chapter with Greg Gunderson’s Select Church Insurance agency of Illinois in 2003. After Brotherhood Mutual Insurance Company named Larry Agent of the Year in 2008, he and Greg took their business to Wisconsin, where Larry has ranked among Brotherhood Mutual’s top agents.

Larry has served as a member of his local church board for nine years, three of them as chairman. Hemserves on the school board, as well as his church’s outreach committee. In his spare time, Larry enjoys officiating basketball, biking, swimming, and training the family dog.

"For me, the greatest satisfaction is in the relationships and face-to-face interactions I have with customers. When I sit down with a pastor to discuss a ministry's needs, that conversation provides a depth of understanding that is worth any number of hours on the road. Through education and claims service, we are protecting the Kingdom work being done in Wisconsin, and I'm honored to see that firsthand every day." Larry Clinton, President 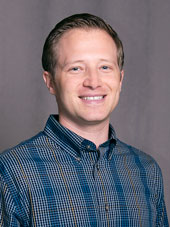 Larry M. Clinton has a heart for serving ministries. In fact, it’s in his blood. Larry graduated with his degree in Business Management from Eastern Illinois University. Prior to joining American Church Group of Wisconsin, he was an Insurance Producer with State Farm.

Larry and his wife Rosella have two children, Landon and Brielle. He is most passionate about partnering with ministries and assisting them in evaluating risks so they can focus on advancing the Kingdom.

"Growing up in and being involved in Christian ministry has allowed me to understand the needs of clients and connect with them to provide solutions." Larry M. Clinton, Account Executive 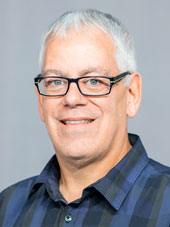 Prior to joining American Church Group of Wisconsin, Jeff LaBelle oversaw risk management and insurance at TeenServe, a ministry he founded in 1999. TeenServe equips young volunteers to serve in their communities by painting and restoring houses.

Jeff began his career in 1980, working in international marketing and sales for three technology companies and transitioned to full-time ministry in 2005. Never one to shy away from a new challenge, he is excited to begin a new life chapter with American Church Group of Wisconsin.

Thanks to Jeff's experience as a former ministry executive and insurance customer, he can empathize and communicate easily with those who haven’t spent their lives in the insurance industry. LaBelle takes great satisfaction in seeing a look of understanding on a client’s face.

"I was a customer before I was an agent, so I know from experience that American Church Group of Wisconsin has ministry at heart, and as someone who founded a ministry, I certainly do too." Jeff LaBelle, Ministry Specialist